If you’ve read our mic preamp guide, then you know that while various audio interfaces and mixers have the mic preamp built-in, your best option is to go for a standalone mic preamp. A good stand-alone preamp will boost and enhance the audio signal, making the mixing process a lot easier. It will also reduce the need for a lot of extra processing.

In this article, I share some of the best single and dual-channel mic preamps under $500, that help you get the best combination of price and quality. And just remember, just because a mic preamp costs more than the ones listed here doesn’t mean it’s going to be better. I’ve specifically chosen models that achieve high quality at an affordable price.

Why use an external microphone preamp?

So what exactly are the advantages of using a stand-alone microphone preamp over your audio interface’s built-in preamps?

Why would you want digital processing?

If, for example, you’re going to record a live performance where you have one shot to get it “on tape” and can’t treat it later, then you need to have a compressor somewhere in your signal path because you can’t compress later. Compression, by the way, reduces any loud sounds over a certain threshold while leaving the quieter sounds unaffected, thereby preventing distorting spikes in the volume of particular sounds.

The dbx 286s Microphone Preamp is a single-channel Preamp with a Channel Strip Processor. In the world of audio geeks, this unit gets high praise, not just from home recording DIY-types, but even from studio professionals!

This full-featured Channel Strip Processor delivers a studio-quality microphone/instrument preamp, as well as other features including:

With the added processing this preamp is well worth the price. If clean gain is what you’re after, this is the unit that can deliver at an affordable price.

The Golden Age Project Pre73 MKII Microphone Preamp. This is another unit that has achieved near-cult status in the audio world. This is a high-quality affordable solution for those who only need a single-channel mic preamp.

It also follows the simple philosophy of supplying phantom power and pure gain. The manufacturer describes the color of the sound as “a warm and punchy character with a sweet musical tone reminiscent of that classic, versatile sound perfect for any genre of music.”

The maximum gain setting on this unit is 80db, which is more than enough for most purposes. Basically, everyone is astounded at the quality of the unit’s construction and performance at such a budget price.

The Focusrite ISA One Classic Single-channel Mic Pre-Amplifier with Independent D.I. is a somewhat odd-looking unit compared to the others listed here, but it is a powerhouse single-channel mic preamp that can also be used with instruments, making it very versatile. In terms of price this one only just makes the cut for inclusion here, but it’s an excellent quality preamp.

The gain range on this unit is 0dB to 60dB in 10dB steps. It includes a switch for 48V phantom power, a phase inversion switch as well as a high-pass filter. It also allows for switching between four different microphone impedance settings, though just why you’d want to do that is a rather complex technical affair beyond the scope of this article. Just know that it’s there if you need it.

These first three mic preamps are “old-school” in the sense that they are analog systems. If you’re interested in digital processing, then the final unit will be of interest to you.

The PreSonus Studio Channel Single Channel Vacuum Tube Channel Strip is a great choice if you want to make the move into digital processing rather than analog. This one will be especially appealing to anyone who is a fan of using vacuum tube technology in their audio activities.

It includes the typical 48V phantom power, an 80Hz high-pass filter, a polarity-reverse switch and offers a total gain control ranging from +10dB to +54dB, which is plenty for most purposes. It’s designed to handle a wide range of sounds and includes compression to tame down anything that gets to be too loud.

If you’re in the market for the best mic preamp you can buy for less than $500, the above four options represent the right mix of quality and affordability that will greatly improve your audio engineering capabilities.

Affiliate Disclaimer: HomeStudioRecordings.com is a participant in the Amazon Services LLC Associates Program, the affiliate advertising program is designed to provide a means for sites to earn advertising fees by advertising and linking to amazon.com. As an Amazon Associate, we earn from qualifying purchases. 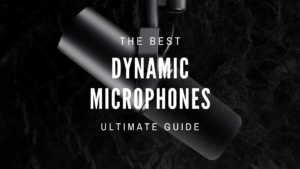 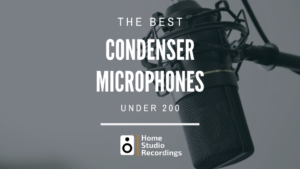 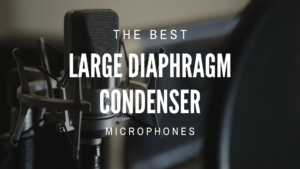 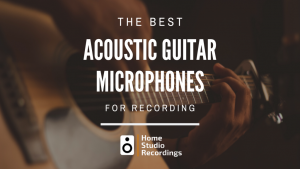